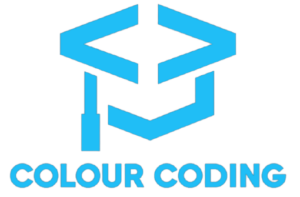 Colourcoding.org
Home Business What are the Properties and Aerospace uses of PTFE?

In an industry where even, the tiniest error can cost millions of dollars, and in a field where complexity is the norm, engineers utilize materials that are know to have high chemical resistance, dimensional stability, and electrical insulator properties. PTFE films and Expanded PTFE Gasket have been used by NASA for almost 30 years as composite material structures used in aircraft and aerospace applications.

PTFE is a fluoropolymer, which means it is made from the polymerization of perfluoroalkenes. It has very low surface tension, which makes it ideal for use in lubricating, waterproofing and corrosion-resistant applications. Some common uses for PTFE are for non-stick cookware and dental floss.

The properties of PTFE sheets make them an ideal choice for a variety of uses. They are also known as Teflon. Here are some of its most important characteristics:

Uses of PTFE in the Aerospace Industry

The use of PTFE in the aerospace industry is increasing. It has been used for decades, but its applications are expanding as PTFE becomes more and more available.

PTFE is a remarkable material that can be used in many different ways. It is an extremely versatile polymer that can be molded into many shapes and sizes. It is also resistant to most chemicals and does not absorb moisture easily. This makes it perfect for use in many industries where there are extreme conditions such as those found in aerospace manufacturing.

The uses of PTFE in the aerospace industry include:

O-rings are used as seals between two parts of an engine or other device that need to be kept apart but still move freely with each other without leaking air or fluids. O-rings are commonly made from PTFE because it does not absorb water or other fluids like silicone does, which allows them to function properly even when exposed to water or other liquids like oil.

PTFE is commonly used as a friction coating on metal parts that need to be lubricated while they rotate. For example, gears may be coated with PTFE to reduce friction and wear when they turn against each other. Friction coatings are also used in bearings, which are components that allow rotating objects to move smoothly even though there may be some resistance between them.

PTFE is also used as gaskets or seals in applications where there is potential for leakage from one part to another. A gasket is usually made from rubber or another soft material that provides some cushioning between two parts while also preventing leakage between them. A seal is similar but can generally handle higher pressures than a gasket and may not require much give between two parts during operation.

For a number of reasons, people are coming back to the idea of PTFE as an aerospace insulation material. The material is quite common, and it is capable of insulating against temperatures that would render other materials inert. In fact, PTFE is so versatile as an insulation material that it’s being used for everything from hoses to spacecraft heat shields. You can get to learn more about PTFEs at teflex gaskets.

What are the Different Types of Kiosk Machines?

How to Choose the Best LED Flood

5 trendy fashion items you can buy on wholesale

ABOUT US
We brings to you the latest and most popular news related to every kind of business. Our platform contains news related to Business.
© Copyright 2021. All rights reserved.